TSAgency is specialized in solutions for government and other uniformed services. The Terpstra family is for three generations active in the distribution of hunting and shooting products, and later police and military equipment, through all the countries of Europe.

Gerard Terpstra is founder and owner of TSAgency BV Building on previous family experiences he started in 1989 as an independent company in the distribution of hunting/shooting and police/military equipment. In 1993 he began to represent U.S. companies, working in the same business, in Europe and have built for these companies the distribution network.

TSAgency is contract supplier of the Dutch Police with regard to the various holsters and for the Dutch customs, Fiscal police, Dutch Ministry of Defence and NSPA (logistic division of the NATO) we supply the personal protective equipment. 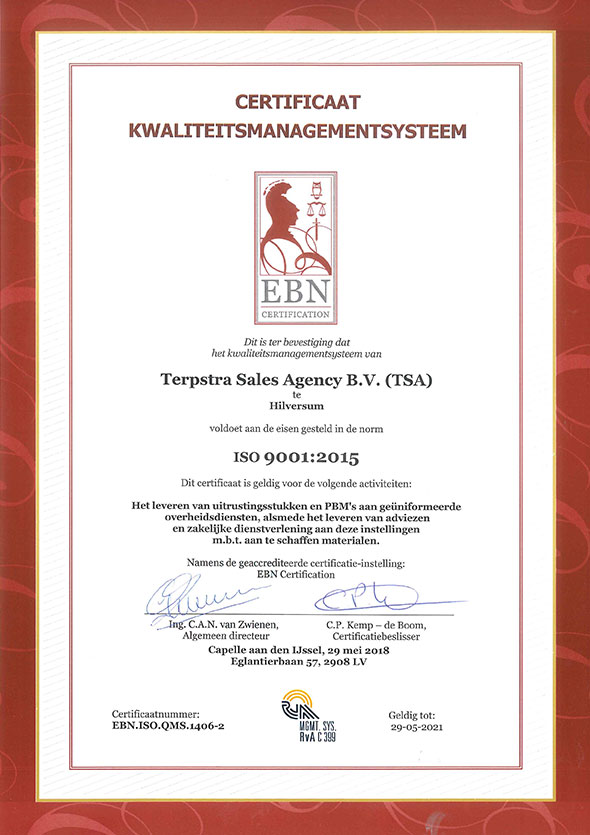 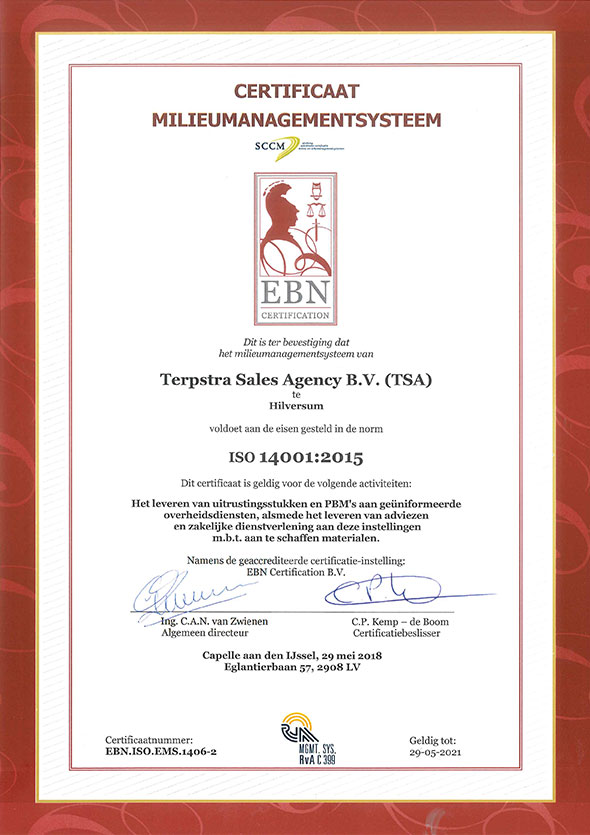